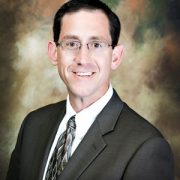 FAIRBURY – Jefferson Community Health & Life CEO Chad Jurgens announced earlier this month he will be pursuing a new job opportunity. JCH&L’s board of directors is beginning the process of seeking a new CEO.

Jurgens, who has been Chief Executive Officer of JCH&L for 6 years and was Chief Financial Officer for 13 years prior, has accepted the position of senior executive of financial services at Beatrice Community Hospital and Health Center. He is expected to begin his new position in November.

“The board accepted his resignation with regret, and has begun the process of finding another excellent leader for the organization,” said Brian Scheele, JCH&L board president.

The board voted at its October meeting to work with a search firm in the recruitment process. An interim CEO is expected to be named.

“We appreciate Chad’s leadership, and wish him well in his next endeavor,” Scheele said.

JCH&L is a 17-bed Critical Access Hospital which offers inpatient and outpatient services, 2 family medicine clinics, Burkley Fitness Center, Gardenside long-term care, and Home Health Services. It is governed by an 8-member board, with a physician serving as an ex-officio member of the board. JCH&L has served Jefferson County and the surrounding area since 1963.