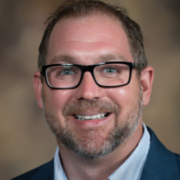 The certificate Kline receives reads: “and knowing you to be a good person and a loyal friend and counselor, I have nominated and do appoint you an Admiral in the Great Navy of the State of Nebraska.” The certificate is signed by Gov. Pete Ricketts.

Among the goals of the Nebraska Admiral’s Association is to continue efforts to have U.S. Navy ships named after Nebraska, its people and places. There have been 40 so far. Other goals include promoting tourism and products, to promote education, to enhance agriculture, and to build Nebraska pride.

Dr. Kline said he does not know who nominated him for the Admiralship, but is grateful for the honor.

“I’m proud to now be an Admiral in the Great Navy of the State of Nebraska,” Dr. Kline said.