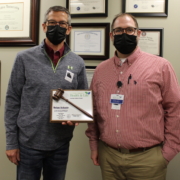 Brian Scheele of Plymouth was honored with a plaque in honor of his years of service to the JCH&L Board of Directors. 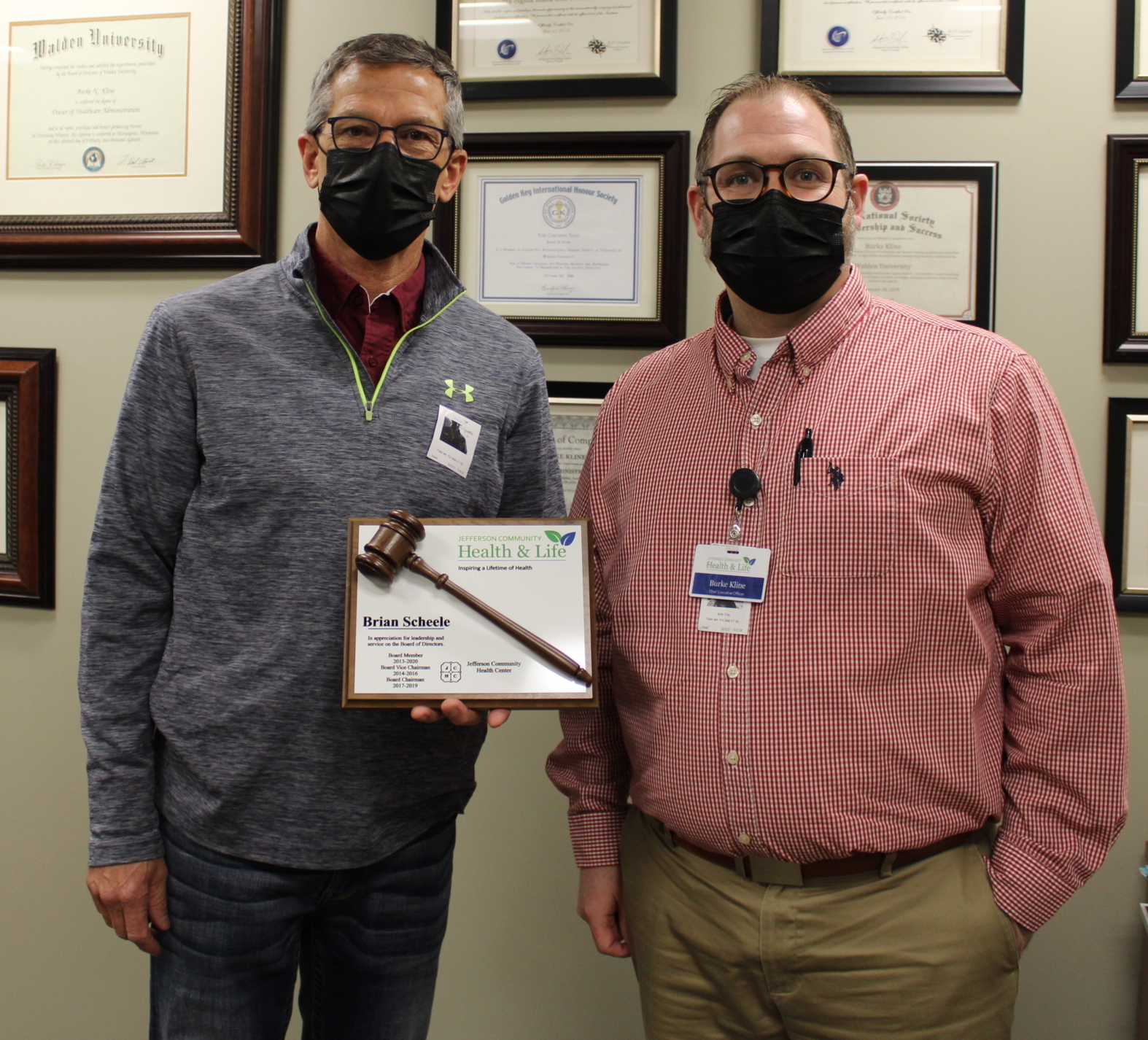 Brian began serving on the board in 2013. He served as vice chairman of the board from 2014 through 2016, and board chairman from 2017-2019. During his final year on the board he served on the executive committee as past president.

Brian served on the board with four CEOs—Bill Welch, Chad Jurgens, interim CEO Vic Lee and Dr. Burke Kline. During his tenure, JCH&L completed a major renovation of patient rooms and ancillary services; opened a clinic in Plymouth; rebranded; added many new services; and began a major building project of a new Fairbury Clinic attached to the health center.