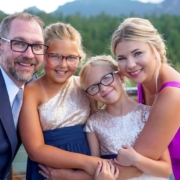 Kline follows Victor Lee, MHA, LFACHE, who has served as interim CEO since November 2019 after Chad Jurgens left JCH&L for a position elsewhere.

Kline, a Hastings native, said he is excited to lead JCH&L into a successful future of serving its community with exceptional quality health care.

“I’m committed to successful rural health care, and am thrilled to be coming to JCH&L and help to continue its success in providing exceptional health and life service,” Kline said. “My family and I enjoy being an active part of rural community life, and look forward to being part of Jefferson County.”

Kline has served as CEO at Greeley County Health Services in Tribune, Kan., since October 2016. He began his career in health care administration at Pawnee County Memorial Hospital in 2012. He previously worked as a nurse aide/med aide in Grand Island. He also worked as a sheriff’s deputy in Polk and Gage counties from 2007-2013.

During his career in rural health care administration, he has been responsible for all facets of care: critical access hospital, rural health clinics, long-term care, physician recruitment, renovation, and equipment updates.

“I’m happy to see JCH&L is already very much an active part of the community and continues to lead Jefferson county in its health care efforts,” Kline said. “Fostering meaningful relationships and partnerships with community organizations and government bodies is very important to me.”

He has a doctorate and masters in healthcare administration, a bachelor of science in management of human resources, and an associate’s degree in applied science in criminal justice.

Kline and his wife, Andrea, have two daughters, Katelyn and Ellie. Andrea is an LPN who has worked in long-term care since 2006.

Jefferson Community Health & Life began serving residents of Jefferson County and the surrounding area in September 1963. Kline will be the ninth CEO to lead JCH&L since it opened.